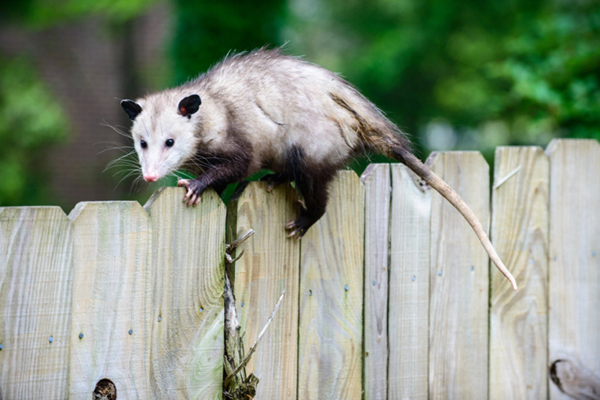 Can rodents and other animals transmit coronaviruses to people and into the food supply chain?

Recent reports about rodents sold for food in markets and restaurants in Southeast Asia being infected with coronaviruses may have heightened concern about rodents transmitting the virus. During the COVID-19 lockdown there have been many cases of rats and mice becoming bolder as their sources of food have disappeared – even turning to cannibalism – […]

Recent reports about rodents sold for food in markets and restaurants in Southeast Asia being infected with coronaviruses may have heightened concern about rodents transmitting the virus. During the COVID-19 lockdown there have been many cases of rats and mice becoming bolder as their sources of food have disappeared – even turning to cannibalism – […]

Recent reports about rodents sold for food in markets and restaurants in Southeast Asia being infected with coronaviruses may have heightened concern about rodents transmitting the virus. During the COVID-19 lockdown there have been many cases of rats and mice becoming bolder as their sources of food have disappeared – even turning to cannibalism – and creating a risk of infestations. Homeowners have reported more sightings of rats and callouts to pest controllers have increased. These reports of infected rats will only add to peoples’ concerns about keeping safe from the virus.

The three most recently discovered human coronaviruses, including the virus causing the current pandemic, SARS-CoV-2, have all caused epidemics with large numbers of serious infections and deaths. All three viruses have also been genetically traced to a bat origin that crossed over first to other animals and then to humans.

A number of wild animals that are hunted and sold for food have been found to be infected with coronaviruses – including bats, civet cats, rats and pangolins – raising the fear of further infections passing to humans through the food chain. Here, we take a brief look at the connections between coronaviruses, animals and humans and show that the risks of infection are extremely low.

Seven human coronaviruses in six species have been discovered so far. Four of them cause about 15% of common cold infections and produce mild symptoms.

Three human coronaviruses have emerged in the last two decades that produce severe symptoms and have high mortality rates, including the most recent, SARS-CoV-2 that causes COVID-19.

Advances in genetics have enabled scientists to trace back in time the lineages of the known viruses and estimate their ages. Bats are thought to be the ancestral hosts for all the coronaviruses and the most recent common ancestor is estimated to have existed only 8,000 years ago. The line split 2,000–3,000 years ago into the four genera we have discovered to date.

As mentioned, the first coronaviruses found in humans only caused the symptoms of the common cold. The first of the virulent human species to appear, SARS-CoV, caused an outbreak in Guangdong, China in 2002/3 and spread to 29 countries, causing 8,000 deaths. The virus was also found in civet cats, racoon dogs, ferret badgers and domestic cats. A closely related virus was subsequently found in Chinese bats and genetic analysis traced the origin to bats as the likely natural reservoirs. It is thought to have jumped species by infecting civet cats and on to humans in a wildlife market.

The second outbreak, caused by MERS-CoV, was first detected patients in Saudi Arabia and Qatar in 2012. Two subsequent outbreaks have occurred in 2015 and 2018, in total reaching 24 countries and so far causing over 500 deaths. The virus has also been traced genetically to an African bat, but was directly detected in isolated domestic herds of camels in Oman and the Canary Islands. This suggested it had been circulating in camels for several years.

The current outbreak of SARS-CoV-2 is by far the most serious of the outbreaks, infecting over 9 million people (just those confirmed by testing) and causing over 500,000 deaths by the end of June 2020. This virus was also linked to workers in a food market in Wuhan and, later, the pangolin was implicated as trafficked animals were found to have the virus. Genetic analysis, however, shows that, again, the virus is most closely related to a bat coronavirus and was 96% similar to a bat virus collected from Yunnan province.

Are civet cats, rats and pangolins to blame?

During the first SARS outbreak, when the virus was found in civet cats in China, thousands of them were killed as a precaution.

No direct animal source of SARS-CoV-2 has been identified yet. It has been found in cats, dogs, tigers, hamsters, ferrets, macaques and mink, but there’s no known case of a direct infection from a wild animal. Mink on farms in the Netherlands were found to have been infected with coronavirus in April and it had spread to 17 out of 130 farms in the country by 22 June.

The Dutch Minister of Agriculture, Nature and Food Quality reported in May that “it was plausible” that two mink farm workers had been infected by the mink, based on genetic analysis of virus samples. Research is ongoing to trace the routes of infection of the mink, the workers and three farm cats that had tested positive for COVID-19 antibodies.

Several groups have identified a similar virus in pangolins seized from wildlife traders in China. This has focused attention on the illegal trade in these animals and the risk they might pose to the food supplies in some countries.

An ongoing study has been sampling wild pangolins that have been confiscated from smugglers en route to China or rescued from the wild in Malaysia. It has found that pangolins don’t carry the virus in the wild. The researchers noted that smuggled animals are often badly housed in groups of species from different sources where they can pick up infections from wild animals, domestic animals and humans.

Rats are a popular source of meat in Southeast Asia. They’re caught in rice fields (Rattus sp. and Bandicota sp.), where they’re abundant and, especially in Vietnam, they’re also farmed. In Vietnam, the rats are often farmed with other wild animals – such as primates, civets, wild boar, snakes, deer, crocodiles, porcupines and turtles – and domestic farm animals. In addition, bats are often provided roosts to collect their guano. This makes a melting pot of potential infections and cross-overs of a range of diseases.

Coronaviruses were found in 50% of the wildlife farms. Six types of coronavirus were found in the rodents and bats, clustered in the Alpha, Beta and Gammacoronaviruses. The proportion of infected animals increased from the farms to the food markets and was highest in the restaurants. These are all different species from human coronaviruses, but the researchers concluded, “The mixing of multiple coronaviruses, and their apparent amplification along the wildlife supply chain into restaurants, suggests maximal risk for end consumers and likely underpins the mechanisms of zoonotic spill over to people.” The trade in wildlife for food continues to add risks of introducing new viruses to humans.

Implications for the food supply chain

Many new diseases have arisen when humans encroached on new land and encountered wild animals more frequently. Deforestation in the rainforests of West and Central Africa was linked to the outbreak of the Ebola virus, bringing fruit bats, the suspected reservoir host, into contact with humans at the edge of forest clearings. HIV-AIDS and Zika were also linked to human encroachment of natural forest. Three out of four new or emerging infectious diseases originate in animals according to the US Centers for Disease Control and Prevention.

The Directors of the Centre for International Forestry Research (CIFOR) and World Forestry have helped pioneer the idea that land health underpins both human and environmental health. They proposed four steps for rebuilding planetary health and building resilience into food production.

1 Change the way food is produced

2. Restore the forests and the land that supports agriculture

Global forest restoration through assisted regeneration and planting could remove over 200 gigatonnes of carbon from the atmosphere, provide a buffer to protected forest and produce goods and services for the local economy.

4. Value natural capital correctly Give a proper value to water, soil, viable land, food, air and energy to give an incentive to preserve them and add greater resilience to our food supplies. This will also result in better diets, protection of pollinators, less agrochemicals applied to soil, more efficient water use, low soil tillage, more cover crops protecting soil and greater agro-ecological diversity.

While the research discussed above shows that rats can carry some types of coronavirus, they‘re not yet known to carry any types that infect humans. Although genetic analysis of the human coronaviruses shows origins in bats and crossovers via mice and other animals, there’s no known case yet of a direct infection from any wild animal.

The rodents found to carry coronaviruses were kept on farms, in markets and restaurants in Vietnam with many other live animals in poor conditions. These extenuating circumstances make the risk of rats transmitting coronavirus to humans in other situations extremely low.

The more crucial aspect of rodent control during the COVID-19 crisis and recovery from lockdown is maintaining rodent control measures. Rats and mice have become greater pests during the pandemic, so it’s crucial for businesses and homeowners to prevent infestations. Check out our blog on the risks from rodents and the potential economic costs of infestations.